Dream Park and Gardens is aiming to be the first complete family recreation and entertainment center in the South Western part of Nigeria, to bring a range of facilities under one roof for convenience.  It is aiming to be an “end destination” for family bonding, recreational activities, skill development arena, potentials unleashing space, creative launch pad and core family values ​​imbibing center for young children, lost in a plush surrounding of green landscape to remove the entire  family, if not for a short while from the hustle and bustle of Lagos with friends, colleagues and neighbors.

The founder and Chairman, Mr Afolabi Olawale, turned his seeming misfortune into fortune, his supposed adversity into an amazing advantage with creation of Dream Park and Gardens.  He moved to Ikorodu to create an independent existence in his own house, aiming to move away from the trap of the never ending cycle of rented house living, shortly after that, he lost his wife in 2006. He was saddled with the huge responsibility of  raising his two infant children left behind by his deceased wife as a single parent, Ajibola Afolabi, who 3 years old then, and Mobolaji Afolabi, 1 year old then).  His passion for children and strong family values ​​inspired him to decide to dedicate his life and resources in raising these boys.  His aim has been to always give them the best, but a major challenge he encountered in the course of fulfilling the mandate has been to get suitable places to take them to, for recreation, family bonding and unearthing of their talents and creativity.  He was really concerned about the way they live, learn, grow and recreate.  Their overall health, growth, academic development, creative ability and happiness were issues that he grappled with.  Unfortunately, he couldn’t get any place with such facilities, security and values ​​to deliver his desired goals for his little boys.

True to his nature he decided to take action and conceived the idea for a complete family recreation entertainment and entertainment center, which would end up as an “end destination” spot which would engage the whole family with an international standard restaurant with healthy cuisines, the children have slides / arcade games to play, parents and young adults can do their daily workout in the well furnished gym, watch a movie or 2 in the cinemas, play games available for all ages, watch sports/football match on a large screen, sometimes even watch a D-banj event, A place that acts as a hub to re-ignite social interaction within the community, but with an underlying premise for a profitable commercial venture due to its uniqueness in Ikorodu amongst a growing population of over 2.5m people “It was a dream and that I never knew it was going to be a reality” he reports. 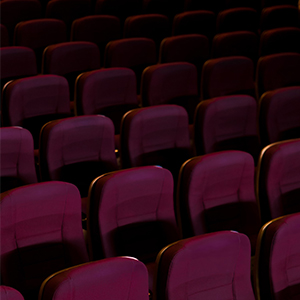 A world-class 4 screen cinemas, which would include digital screening with Dolby stereo sound and 3D viewing also 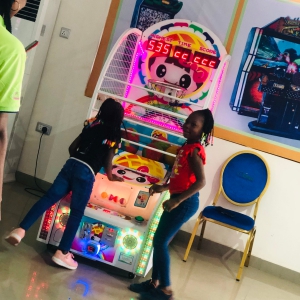 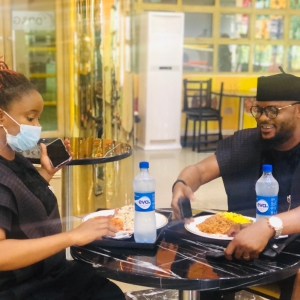 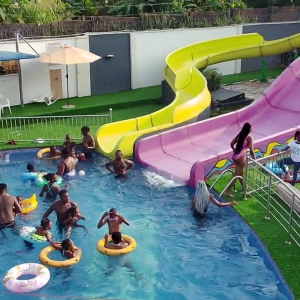 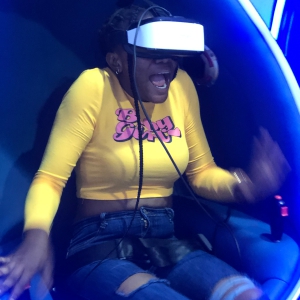 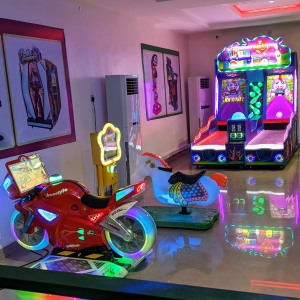 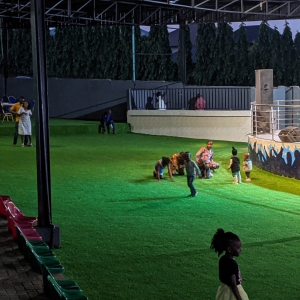 An open-air play area for children 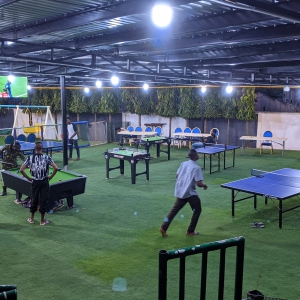 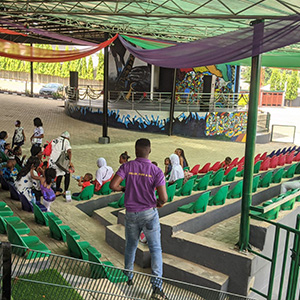 An open stage for live performances 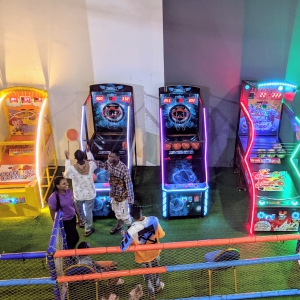 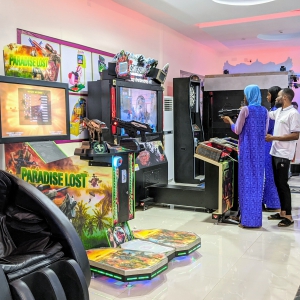 This is where children under age 10 discover themselves 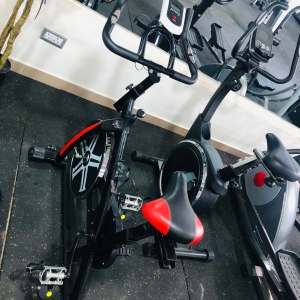 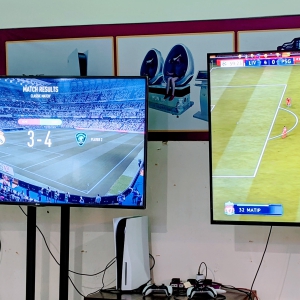